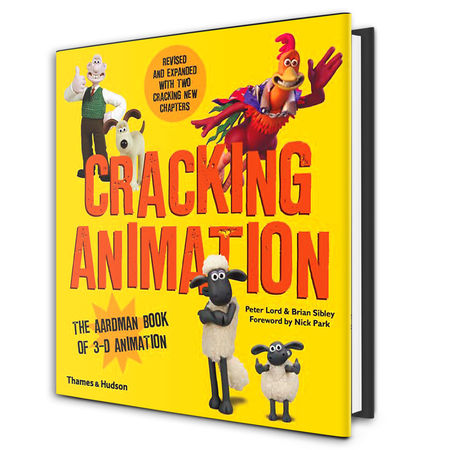 This revised edition includes two new chapters, Chapter 7 looks in depth at the development and teamwork involved in a major animated film or television production, using The Pirates! In an Adventure with Scientists! as an example and Chapter 8 presents exclusive behind-the-scenes insights into the making of Aardman’s most recent feature film, Shaun the Sheep the Movie.

The Aardman Studios are without doubt the biggest success story in the new wave of British animation. Their achievement in creating such characters as Morph, Wallace and Gromit and Shaun the Sheep has been rewarded by unparalleled success.

No fewer than eight Aardman films have been nominated for Academy Awards. Nick Park at Aardman has received four Oscars® for The Wrong Trousers, A Close Shave, and The Curse of the Were-rabbit, all featuring the characters Wallace and Gromit, and for the first Creature Comforts.

The first part of this book sets Aardman's achievements and the history of the studio into the tradition of 3-D animation, which spans such Hollywood triumphs as King Kong and Jason and the Argonauts, as well as such well-known characters as Godzilla.

The heart of the book is an indispensable guide by Peter Lord, co-founder of Aardman, to the process of 3-D animation, culminating in a practical, fully illustrated step-by-step description of:
How to create effective characters
How to animate them convincingly
How to create a storyboard and sets … and then a Complete film.